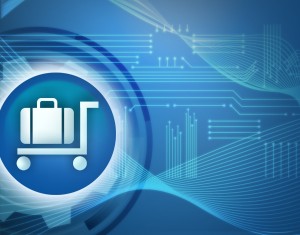 The new system of transportation and baggage control BHS (Baggage Handling System) in a terminal that is under construction at the airport in Krakow, will be the first installation of such modern equipment in Poland and one of the first in Europe. Assembly and launching of the system will take place in stages. Works will end until 30 January 2015. The contract’s value is PLN 55.8 mln net.

Qumak will be responsible for delivery and assembly of system for multilayer security control of checked luggage. Within the scope of implementing the BHS a Krakow airport will be equipped with a special departure sorting plant and arrival luggage transportation system. In accordance with current law regulations every airport must apply EDS procedures (Explosive Detection System) – system at Krakow Airport will be equipped with control devices EDS of the highest class – so called Standard 3. Qumak will be also responsible for providing service and personnel training.

The order for Krakow airport is related to expansion of the airport. The new, four times bigger from the current one, terminal will be adjusted to provide service up to 8 million passengers a year.

– Performing the BHS in Balice is another project for an airport area in which we take part. We treat our presence in the undertaking as the confirmation of a fact that our competences are highly valued on the market – says Paweł Jaguś, President of the Management Board of Qumak S.A. We are even happier about that because development of our activity in an infrastructural segment is an important element of our business strategy – he adds.

Introducing a modern BHS will allow the process of our passengers’ service to be more effective. Thanks to used technologies luggage will be delivered faster, what will also influence greater passenger terminal capacity – underlines Jan Pamuła, President of the Krakow Airport.

Qumak has already performed a comprehensive luggage control system for airport in Lublin and is during the realization of such a project on terminal I at Warsaw Chopin airport. And in Katowice and Modlin the company realized investments concerning reconstruction of navigation lighting. Simultaneously in Modlin in a terminal building it implemented telecommunication and electric installations. The company has also performed server room for the “Polish Airports” State Enterprise in Warsaw.