Qumak will receive PLN 24.4 million gross for implementing a system of meteorological services “AWOS” at seven Polish airports and an “Ice-alert” system at five of them. 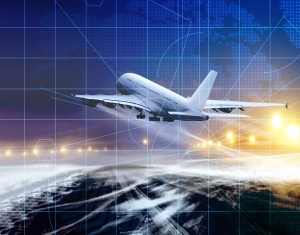 Qumak S.A. signed with the Institute of Meteorology and Water Management (IMGW) an agreement of the value of PLN 24.4 million gross. Its scope covers designing, delivering, installing and start-up of systems of meteorological measurements AWOS (Airport Weather Information System) at airports in Katowice, Kraków, Wrocław, Rzeszów, Łódź, Szczecin and Gdańsk. Within the scope of the same order the company will also implement in Katowice, Kraków, Rzeszów, Łódź and Szczecin a monitoring system of the state of a runway surface, i.e. so-called “Ice-alert”.

After installing the AWOS will measure among others temperature, pressure, humidity, wind speed and direction, cloud base altitude and visibility along a runway. Solutions of this type significantly reduce the risk of an accident during landing and are necessary for the airport to be granted with a higher category of security (CAT II). Similar role is fulfilled by “Ice-alert” systems, the task of which is forecasting and monitoring of the state of a runway surface and warning of ice accumulation. Thanks to this, the airport services know when and which places of a runway must be de-iced.

– Signed agreement is another stage of building a stronger position of Qumak on the market of aviation infrastructure. Currently, this is for us one of the priority directions of development. We count that thanks to establishing a subsidiary Skylar, specialized in this area, soon the Qumak Group will be one of the biggest players on this market – says Paweł Jaguś, President of Qumak S.A.

For realization of tasks related to designing and engineering works there will be responsible a team of engineers and experts from the Skylar Company, and Qumak S.A. will take care of an integration and management of the project.

Agreement with the IMGW will be performed until the end of February 2016.

Implementations of Qumak S.A. within the scope of Aviation Infrastructure

So far, among performed orders within the scope of aviation infrastructure Qumak’s achievements include for instance reconstruction of navigation lighting system at Rzeszów – Jasionka Airport and at airports in Katowice and Modlin near Warsaw, where in addition the Company implemented telecommunication and electrical installations. The Company realized a passenger terminal at Lublin Airport, implemented baggage system BHS and developed implementation projects of electrical and telecommunication installations.

During the process of implementation there are among others a comprehensive system of transportation and control of registered baggage (BHS) at Krakow Airport in Balice, as well as reconstruction of BHS at Warsaw Chopin Airport – Terminal 1, adjusting it to already existing system on the second terminal.

Currently at Lech Walesa Airport in Gdańsk Qumak modernizes navigation lighting to adjust it to the requirements of CAT II. Within the scope of this agreement the company will also perform an Ice-alert system. And an AWOS will be performed at the airport by the order from the IMGW.

Contracts within the scope of aviation infrastructure in backlog of Qumak S.A. for the years 2014-2015 are currently worth around PLN 160 million.