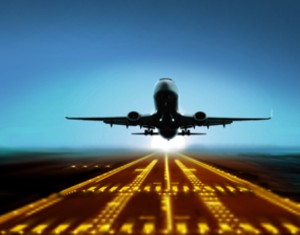 Qumak entered into a contract worth PLN 10.8 mln net to rebuild a navigation lighting system in Rzeszów-Jasionka Airport.

Qumak in a consortium with Przedsiębiorstwo Budowy Dróg i Mostów will be responsible for creating a modern navigation lighting system in airport in Rzeszow. The scope of works, apart from installation of lighting, includes expansion of a control and monitoring system and works related to reconstructing a runway. Remuneration provided in the contract reaches PLN 10.8 mln net. The project is co-funded by the European Union from the means of the European Fund for Regional Development. Execution deadline is on 15 May 2014. It is a second contract concerning navigation lighting at this airport performed by the company.

– Signed by us contract is the effect of implementing a new strategy for the years 2013-16. In accordance with it we want among others to build our own position in the infrastructural segment where we can use our technological competences – underlines Paweł Jaguś, President of Qumak S.A.

Contract in Rzeszów is a fifth big order gained by Qumak in this quarter. Total value of these contracts is almost PLN 120 mln net. Portfolio of under realization and realized orders of the company for this and future year is currently on a record level in the history and reached the value of over PLN 750 mln.

– At present we take part in proceedings worth around PLN 200 mln. We hope that until the end of the year our backlog increases by at least tens of millions PLN – says Paweł Jaguś.