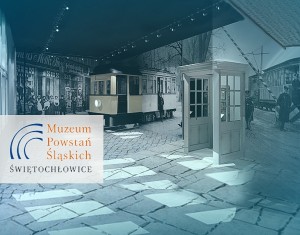 The Museum of the Silesian Uprisings is being constructed in Świętochłowice. This multimedia facility will also serve as an education centre. Project preparation and implementation of the permanent exhibition is in the hands of a consortium led by Qumak. The value of this only recently concluded agreement amounts to PLN 4.3 million.

The future museum will present the history of the Silesian Uprisings in a modern and attractive way for visitors. This is a very important initiative, especially for residents of the region. The main narrative axis of the newly developed exhibition will be based on a film divided into six parts. The project includes preparation of multimedia stands, where visitors will have a chance to learn about the history of these events. The Contractor will also develop a number of interactive applications, including a game entitled “Insurgent Life”. As a result, visitors will be able to really play the role of insurgent and feel the reality of those times. The story will be complemented by exhibits.

The entire project will be executed with the use of top-of-the-line solutions. The exhibition will be equipped with a system for visitor movement tracking, so that multimedia devices will be able to operate entirely automatically. In addition a system of audioguides will be implemented that will allow simultaneous tours in the museum for groups speaking in Polish, English and German.

“Estimates indicate that the museum can expect as many as 130,000 visitors per year. These will mostly be young people who have very high expectations when it comes to the attractiveness and technological advancement of exhibitions, — says Aleksander Płata, Vice President of Qumak S.A. — therefore we are treating this project as a challenge, which has to be dealt with at the highest level.”

The value of this just recently concluded agreement amounts to PLN 4.3 million and it is partly funded with the means provided by Ministry of Culture and National Heritage. The total cost of renovation and reconstruction of the building at ul. Polaka 1 amounts to PLN 9.3 mln. The project was co-financed with EU funds in the amount of PLN 7.9 mln.

“With the funds acquired from Brussels, this building that has stood empty for the last 13 years is now beginning to regain its former glory. However, the most important thing about it will be this interactive and fully modern exhibition connected with the exhibits that we are able to raise through the national collection. The facility was designed as a centre of education, largely dedicated to young people” — says Dawid Kostempski, the president of Świętochłowice.

As part of the agreement, the Warsaw company in a consortium with Aduma S.A. and Marcin Pietuch Fabryka Dekoracji, will be responsible for the development of all substantive content presented at the exhibition, its executive project and production of films and applications. It will also be responsible for equipment delivery and installation. Contract completion is planned for September 2014.