Qumak entered into a contract covering construction and implementation of an IT Guarding System for the Country from extraordinary threats – ISOK. The contract was concluded with the National Treasury – Krajowy Zarząd Gospodarki Wodnej (KZGW) and Institute of Meteorology and Water Management (IMGW).

Aim of the implementation – a unique project in Europe – is increasing the security of citizens and limiting damages made by rapid meteorological phenomena e.g. floods.

Within the frames of a contract Qumak will deliver and implement an IT infrastructure, as well as perform basic and backup data processing centers. There will be also created visualizations of maps of threats: meteorological, flood, air pollution or interferences in power network, source data of which will be prepared by IMGW and KZGW. The Warsaw integrator will be also responsible for integration of ISOK with already existing IT systems of institutions sharing resources for the needs of the project. Qumak will provide post warranty service after launching of the system. End of realization of the project is planned on 31 December 2014.

The task of ISOK is mitigating damages made by extraordinary threats, mainly floods, which are most frequent in Poland. The system foresees and warns before they take place, and also estimates their degree. It is directed to citizens as well as institutions responsible for urban planning, preventing crisis situations and reacting when they take place. Thanks to the system every person having a computer with the Internet access will be able to benefit from ISOK analyses.

– We begin performing the IT project of a strategic meaning for security of citizens and the country. We are honored that as technological company we can take part in such an important project for the whole country. This is a priority task for us and its performance will demand engaging knowledge, experience and competences of many of our specialists – informed Paweł Jaguś, President of the Management Board of Qumak. – In our history we implemented many projects within advanced technologies in a public sector, including ones of a strategic meaning for the country – P. Jaguś added to conclude.

The project is co-funded by the European Fund for Regional Development and national budget. It takes place within the frames of an Innovative Economy Operational Program – constructing electronic administration. In addition was funded by National Fund for Environmental Protection and Water Management. 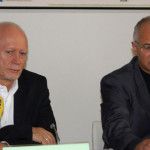 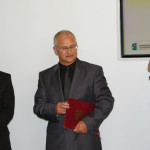 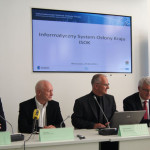