Because of works performed by Qumak, airport in Gdańsk is adapted to the ILS system (Instrument Landing System) CAT II. Thanks to the realization of the project of the value of nearly PLN 60 million net, airplanes can safely take off and land even during difficult atmospheric conditions. 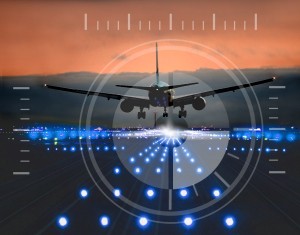 Thanks to the performed works the Gdansk Airport became one of the few in Poland meeting such a high level of requirements with regard to safety of taking off and landing operations. Minimum visibility range on a runway is only 300 m in the first 1/3 of the road length, and on the next two thirds only 125 m. Height at which an air crew must see the approach lights lowered from 65 to 30 meters.

The performed project was a very difficult one in terms of logistics. Construction works were planned and performed in such a way, so they are not a nuisance to air carriers and passengers, i.e. at airport operations.

Implementations of Qumak SA within the frames of airport infrastructure

Qumak performed many projects within the scope of airport infrastructure. The Company realized among others a reconstruction of a navigation lighting system at Rzeszów – Jasionka Airport and at Airport in Katowice and Warsaw-Modlin, where, in addition, Qumak delivered telecom and electrical installations. Moreover, for the Lublin Airport in Świdnik the Company performed a passenger terminal, implemented a baggage system BHS and developed execution designs of telecom and electrical installations.