Protection from digital crime becomes more and more important. It is demonstrated not only in plans of the government, but also in investments of companies from the banking and energy sectors. Cybersecurity became a priority for Polish companies and the significance of a cyber protection in enterprises and governmental institutions will continue to grow.

Investments in IT security

Developing solutions aiming at ensuring protection from attacks and detection of crime in the Web have already become a priority in many organizations, including also government administration. This impacts technological development as well as an altering geopolitical power structure in which Poland plays a significant role.

Most recently, the Ministry of National Defence has announced investments in the expansion of capacities in the cyberspace, in which it will allocate PLN 1 billion. They may include building a laboratory for conducting research and development of systems and ICT networks, or a purchase of a network traffic analysis system.

The Ministry of National Defence has announced investments amounting to PLN 1 billion in the expansion of capacities in the cyberspace. The Ministry of the Interior and Administration is also investing in cybersecurity

The Ministry of the Interior and Administration is also investing in cybersecurity. At the end of the year 2016 the Ministry has opened an Office for Combating Cybercrime in Komenda Główna Policji, which will introduce the most modern technological solutions within this scope.

The willingness to enhance the use of technologies in combating and detection of cybercrime has also been confirmed in the last contract of Qumak made with Komenda Główna Policji concerning the outsourcing of IT specialists in various areas who perform nationwide IT projects. This is only the beginning of activities aiming at strengthening the security, but it is already visible that this is a strategic investment area.

Managing security – investments of the banking and energy sectors

Banking institutions for a long time have been investing in such solutions, but it is also clearly visible that they do not slow their tempo down and improving the protection is a priority for them. An energy sector has also started investing in cybersecurity. During the past year, Qumak had performed for companies in both of these sectors projects concerning the management of cybersecurity of a total value exceeding PLN 7.7 million net.

This sort of investments will most certainly be continued because of a real existing threat. This area is also one of the key areas Qumak focuses on in its new development strategy for the years 2017-2020.

Ensuring a proper defense requires specific investments. In case of contracts realized by Qumak, the key ones concerned implementations of systems of a SIEM class (Security Information and Event Management) based on a solution IBM Qradar.

Thanks to this, it is possible among others to perform a clearance of safety rules for employees, react to internal and external incidents, detect network anomalies, as well as perform permanent automatic analysis of hundreds of millions of events for various cyberattacks scenarios. Additional works in construction of these protection systems covered also a delivery and configuration of the system, designing architecture, integration with the Client’s IT environment, designing mechanisms of correlation and reporting. It was also necessary to integrate sources of logfiles and context sources, as well as to implement the mechanisms of correlation (UC) and reporting.

Implementations realized by Qumak allowed among other systemizing information on protection systems used in the company, distribution of knowledge on security among administrators, responding to audit recommendations, and accelerating solving problems with the IT systems operation.

Other sectors will start investing in cybersecurity. Nowadays there is already no turning back from this. If companies want to conduct their business activity with the use of technologies and the Internet in a safe environment, they will have to implement such solutions in order to protect themselves from activities of cybercriminals. 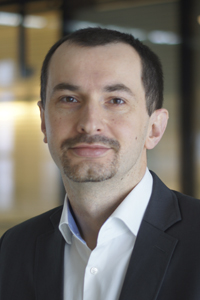